Showing posts from July, 2016
Show all

On Vacation and Looking for Libraries 2016 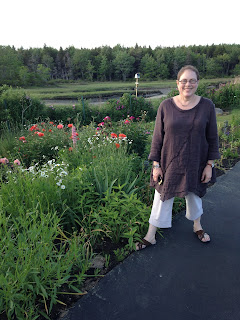 I grew up in New Orleans, where I live now, and my parents have always lived here, too, Until after Hurricane Katrina flooded my father's house in 2005, and he and his wife moved up to Kennebunk, ME to live permanently. We have visited the area many times over the years, and last summer we toured around Vermont before landing in Kennebunk at the end of vacation. This year we decided to head north of Portland in Maine to visit Camden, Rockland, and Acadia National Park which we had never seen before heading to Kennebunk.
The coast of Maine is beautiful with its rocks, water, and quaint towns. New England has an ambiance that is so different from New Orleans. It helps that the temperatures during the day were in the 70's while it was blistering hot at home. Though New Orleans is home to wonderful food, we are quite fond of the lobster, clams, and scallops that are so plentiful in Maine.
Last year, when we were in Vermont, I was so impressed to find public libraries in all the…
Post a Comment
Read more
More posts