Back to Work Tomorrow

I finished three books during my week off from school. I am glad to be back in the reading groove. The library book group meets weekly on Mondays. I always like to start off the meeting with some new book suggestions. I will be sharing the titles that I just finished with the group tomorrow.

I try to have some question to pose to the book group every week. This week I thought I would ask them what books were required for a class, but they would have enjoyed reading even if the book had not been assigned by a teacher. I hope that I get some answers.

I am anxiously awaiting the arrival of the movie based on the The Lightning Thief by Rick Riordan. Percy Jackson and the Olympians will be out on February 12th.
View two trailers here--> http://www.percyjacksonthemovie.com/
Posted by Elizabeth at 9:50 PM No comments: 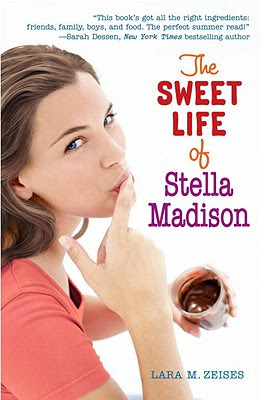 Are you addicted to the food channel? Do you think of yourself as a foodie? Then this book might be for you.

This is a "sweet" young adult novel for all the teenage foodies out there. Stella's father is a famous French chef with his own restaurant. Her mother owns the Open Kitchen which has a demonstration kitchen where chefs cook for an audience then serves them dinner. Stella has just finished her sophomore year and plans to spend the summer working for her mother and hanging out with her boyfriend and gal pals.

Plans often go awry and do so in this story. Stella is smitten by her mother's new intern, and seems to forget Max her dedicated boyfriend. Then she receives a call from the newspaper with an offer of an internship. The thought of a paycheck entices her to take the job. When her boss asks her to write restaurant reviews for the paper, she thinks that she has been hired because of her family connections, not her talent.

The book is definitely mind candy, but if you are looking for a quick, fun read try, "The Sweet Life of Stella Madison."
Posted by Elizabeth at 4:01 PM No comments:

Bumper sticker I saw on the back of a car in New Orleans at 4:00PM today.
Posted by Elizabeth at 4:40 PM No comments:

Have you ever played with www.wordle.net?  I had an idea the other day to create some wordles for a display outside the library. I searched the net for the first chapters of popular young adult fiction. I copied and pasted the texts of one chapter to create a wordle. Then I put the wordles up on the board with pictures of the book covers. I have been watching the students stop and study the board trying to figure out which title goes with which wordle. It is easier to show than explain, so I will give you some examples here. 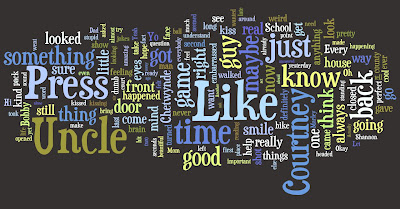 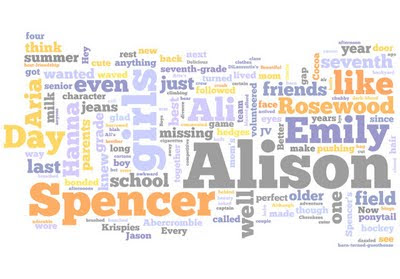 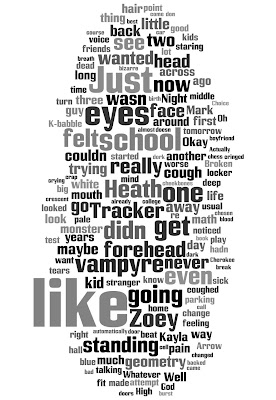 These first chapter wordles can be found in one of these books. Can you guess which go together?: 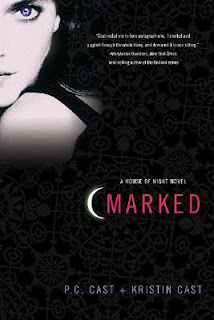 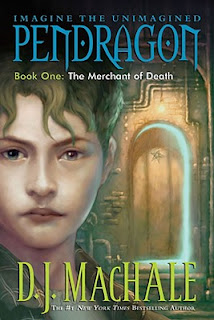 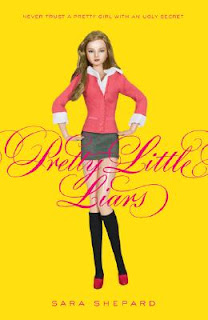 Posted by Elizabeth at 9:48 AM No comments: Last weekend we went to Florida to visit my father in law. He is 95 years young and wanted to go on a vacation. We found a hotel on the beach in Fort Lauderdale about 45 minutes from where he lives. Our rooms overlooked the ocean, and with the balcony door open we felt as if we were in the ocean. My father in law does not get around as easily as he once did, so a lot of our time was spent hanging out in the room.

I don't hang out so well without something to do. I came prepared with books in hand. I finally finished Catching Fire which I enjoyed, but it was not as awesome as Graceling which was one of my top reads for last year.

I was anxious to begin The Ask and the Answer because the first in the Chaos Walking series, Knife of Never Letting Go, left the reader with a total cliff hanger. In this second installment Todd and Viola are rarely in each other's company. There are a lots of situations of who is on who's side and also questions about who really is the evil force in town. There are many chase scenes, too. Generally, this is the type of book that I dislike, but the characters are compelling. The idea of this future that is part primitive, part advanced with medical treatments that are beyond our imaginations pulls me into a story that I would normally avoid. Todd and Viola are very likeable characters. Though I hope the third in the series will explain some of the characters' motivations for choosing sides. I think that I have a year to wait to find out all the answers.
Posted by Elizabeth at 8:35 AM No comments:

I love researching. Right now I am focusing on a new kitchen for my house. I have been reading all the magazines and scouring the web for tips and ideas, so that leaves me little time to put my nose in a book. However, there are a stack of new books in the library that I really, really want to read. I am in the middle of two books right now. 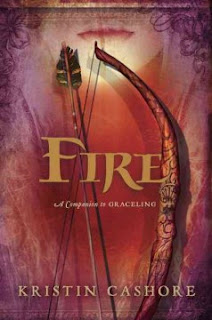 One I mentioned ages ago that I haven't finished, but I want to tell you about a companion to one of my favorite reads of last year. I am in the middle of Fire by Cashore. Last year's Graceling was Cashore's first published novel. I loved it. This one tells the story of some totally new characters who live in the same realm as those in Graceling, but I think it is an earlier time period. Anyway, Fire is a monster girl. She has flaming hair, hence her name. She has the ability to read minds and alter minds. The king wants her help to avert a war, but she is reluctant to use her skills as she is worried about the repercussions.

I am not as enamored with this book as I was with Graceling. Now that I am halfway through I am starting to get it. I will certainly recommend it to the fantasy readers who love a strong female protagonist.
Posted by Elizabeth at 8:26 PM No comments: