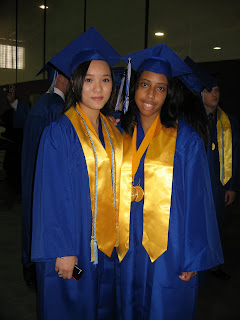 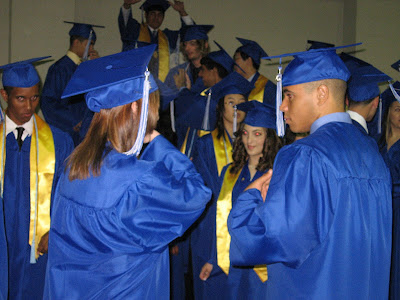 The graduates wait at the Alario Center for the appointed hour of the processional. Graduation was fantastic. No glitches. Mrs. Phyllis Taylor was the keynote speaker. She gave all the students a copy of the inspirational book, The Last Lecture, by Randy Pausch. In each copy was a two dollar bill a denomination which Patrick Taylor was famously known to give as gratuities. Mrs. Taylor wanted the students to be reminded of her husband. She also suggested that if they kept the bill as a keepsake, then they would never be broke. Also slipped in three of the books was something a little extra: $1000, $500, and $100. The students were given the books randomly, and so three were truly lucky that night.