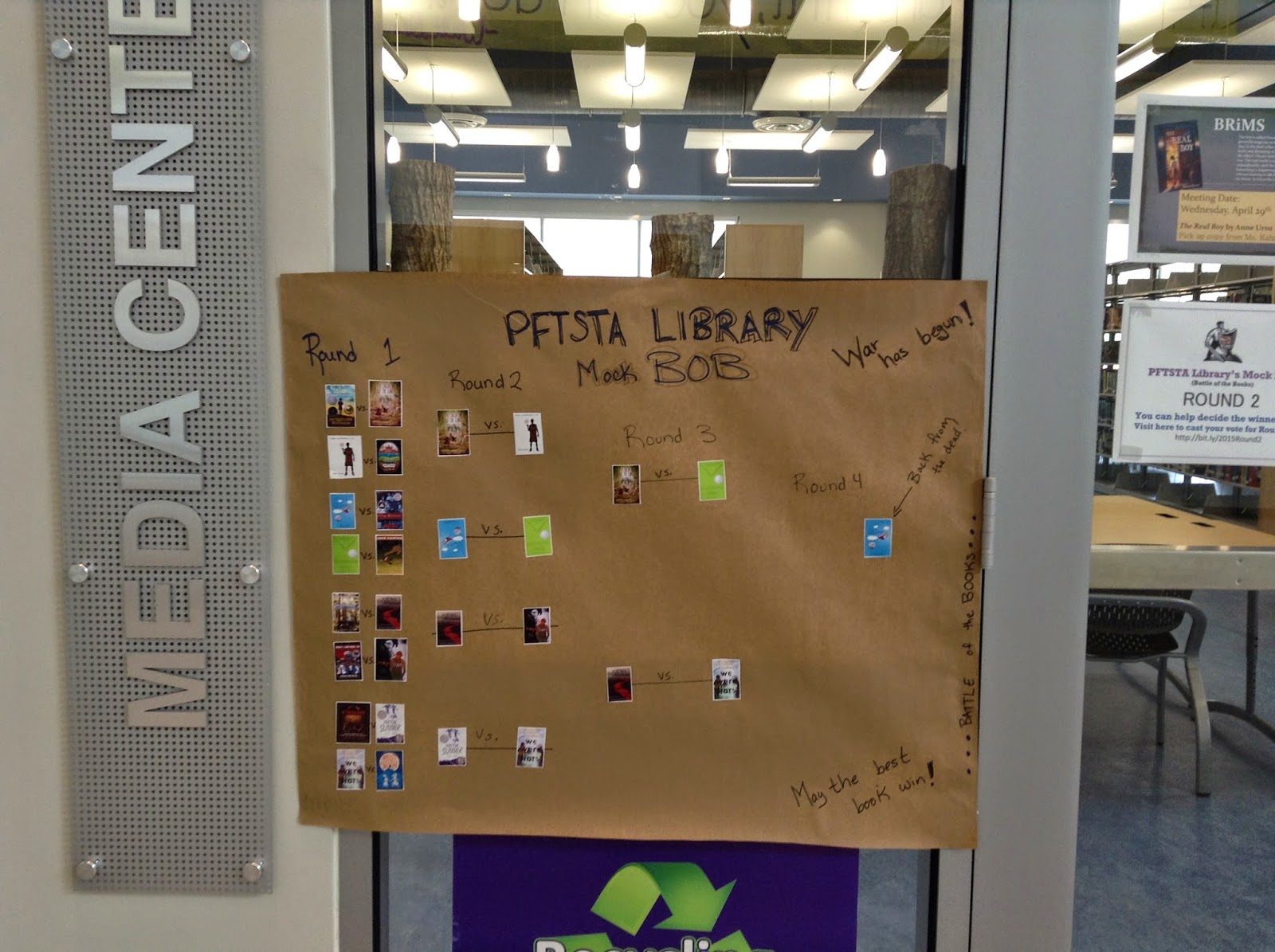 The following books will be competing in Round 3:

Children of the King will go up against Grasshopper Jungle


Poisoned Apples will go up against We Were Liars

Unfortunately, Round 2 voting fell during spring break. I was happy to get 29 votes, but I was really hoping for closer to 45. I gave the students an extra two days after our return from break to vote, but I still could not get the numbers up. I think that the SLJ Battle Commander picked great books, but I don't think that they had as much kid appeal as the books in the 2014 BOB. That is just my opinion, but in terms of students checking out books in the 2015 BOB. The books that have been checked out multiple times are El Deafo, Poisoned Apples, This One Summer, and We Were Liars.

I have not decided yet how I will broadcast the books for voting in Round 3. I know that I have students who have read every book in that round except, Children of the King. I would really like having the students record an audio with their recommendations for each of the books so that I can insert it into a video. We did that using the Tellagami app last year. It would be fun to do that again this year. I may ask someone who is a fast reader to read Children of the King so that they can be it's champion. When we get to Round 4, we will be adding El Deafo that was selected by SLJ to rise from the undead.
Andrew Smith Battle of the Books Children of the King Christine Hepperman E. Lockhart Grasshopper Jungle Mock BOB Poisoned Apples SLJ Sonya Harnett We Were Liars