Building a Makerspace in the Library 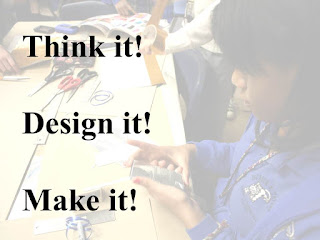 I have always planned makerspace activities during the library's annual celebrations of Teen Read Week and Teen Tech Week. We have crafted bracelets, woven paper bookmarks, constructed duct tape wallets, and have created many interesting paper crafts. When I began planning these type of activities many years ago, I had no clue that there was a specific name for it: makerspace.


Over the last year or two, I have been trying to find grants and other monetary sources to fund a mini-makerspace in the library. I wanted to continue with the crafting activities, but I also wanted to get some of the electronic and building materials that can be a part of a makerspace. A Donor's Choose grant brought a Lego station to the library. Unfortunately, I did not win the grants that would have brought a 3D printer, Arduino, and Raspberry Pi to the library. I was devastated. All of that equipment is expensive, and though I had library money that could fund supplies for craft activities, I did not have a source of funding for the big ticket items. 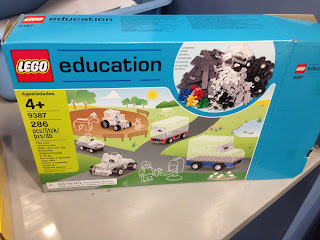 Then I was approached by one of our parents. She was writing a huge grant to outfit the Fab Lab that had lain fallow since the school moved into our new building in 2013. For the lab she was going to budget several 3D printers, a laser cutter, big format printer, vinyl cutters, Makey Makeys, Arduinos, Raspberry Pis, and plenty of the consumable items that are used with the equipment. Her idea was that the library should also have some equipment so that the students who were not scheduled for classes that would be using the Fab Lab would have opportunities to build, create, and tinker. The school won the $200,000 grant from the Patick F. Taylor Foundation. (The name might sound familiar because the foundation's name is the same as our school.) The budget included $10,000 worth of equipment for the library--equipment that I could select.

Whoo-hoo! My funding issues were solved. Then I had another dilemma---deciding what to purchase for the library. I did create a budget for the grant, but I was assured that if I wanted to make changes, I could. Since I really didn't know what equipment would be the most appealing to the students, I ordered only a few items to start. We got one 3D pen (the kids love it), a deluxe set of Little Bits (also a winner, a teacher had ordered a set of Little Bits with a ton of accessories and Arduinos last year which she never used, they are now in the library), two different sets of Lego Wedo (students use Scratch to program the Wedo creations), and a Sphero (there are so many apps to use with this robot). I also purchased a bunch of books for the collection that the students can use for inspiration. Five mini iPads are in the building for the library but are waiting to be given access to the school network before the students use. There is a 3D printer in the Fab Lab that belongs in the library, but it won't be moved until we get the computer that will be dedicated to design. This is where we are starting.

At this point, I think that we need to purchase two more 3D pens, some different sets of the Lego WeDo, mini figures for the Legos, another Sphero, and maybe more kits for the Little Bits. I am also thinking of creating a Lego wall because I think the kids would have a lot of fun with it.. I just found Cubelets online, but I need to do some research to see if my students will find them challenging enough as they were designed for a younger user..

I guess without an influx of ready funds this project may be difficult to replicate, but  I believe that you can always start very small and add as money allows. Choose somewhere to begin because it will never happen if you don't get a project going.
3D printing funding Legos Little Bits makerspace Sphero