Following Through With Library Resolution

January 16, 2014
Earlier in the month, I blogged about some resolutions for 2014 that I wanted to initiate in the library. I am so proud of myself because I have already begun seriously tackling one of these resolutions. There are so many fiction books that are series, and I can't remember series order and neither can the students. Often, the students don't even realize that an appealing book is part of a series. One of my tasks for the new year is to label all books in a series. 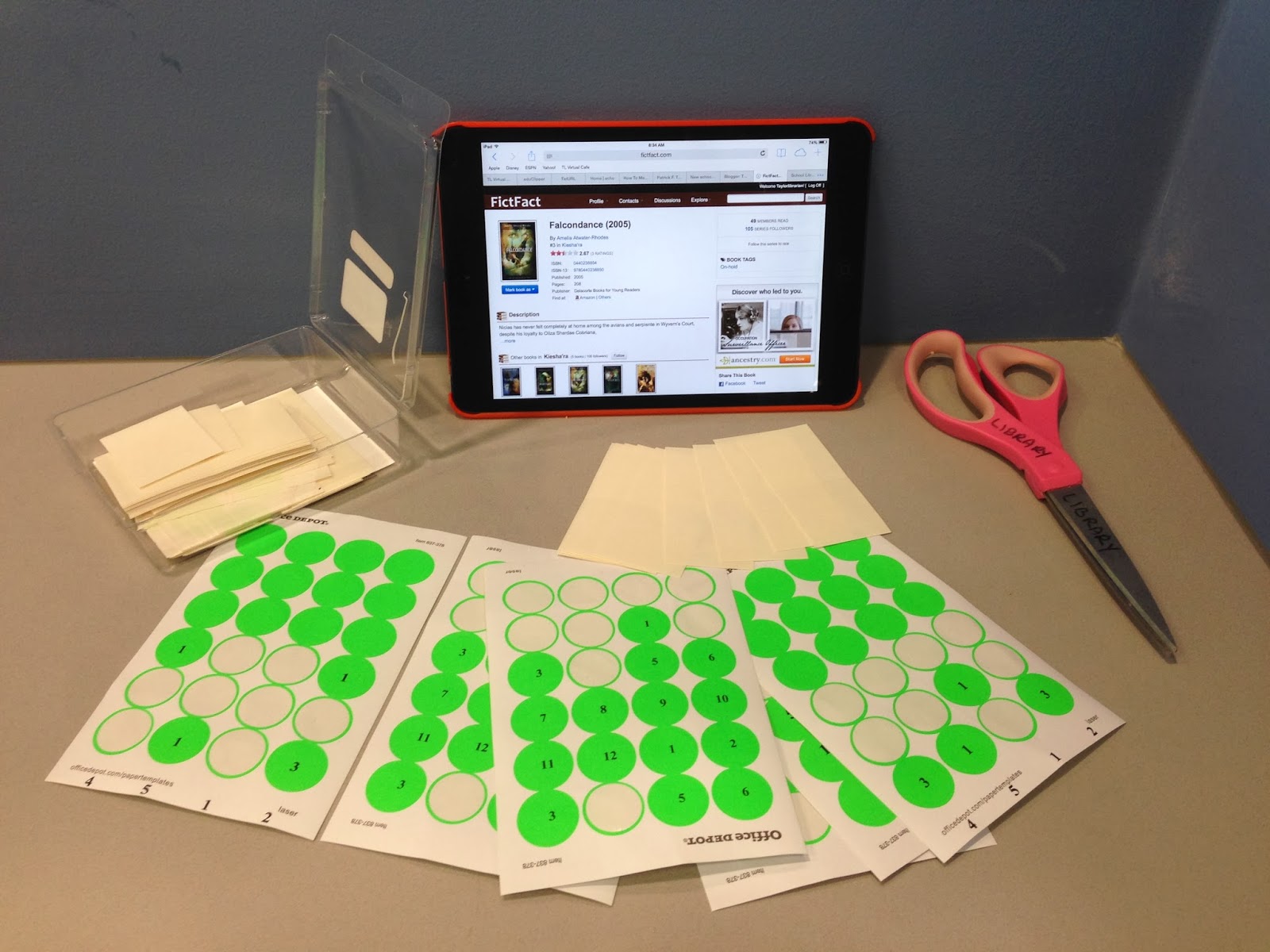 Over the holidays, I bought supplies to begin the process of labeling. See the picture above. That is not exactly true. I already had the scissors, iPad Mini and clear label protectors. I did have to buy those colorful green dots. I set up a template for the stickers on the computer so I could print out the numbers. I didn't want to write them--my handwriting is atrocious. I started the process when I received a shipment of new books the first week that we got back from the holidays. Then this week, I began the job in earnest. I started in the As, and when I found a series set, I would look at the website FictFact on the iPad Mini to see the book order for each series. I would place the green stickers on the spines and cover with label protectors. Okay, I haven't gotten very far because I have only completed the books with authors whose last name begins with A. You have to start somewhere, though. I think that it doesn't matter how time consuming this project is, having the books labeled will make it so much easier for patrons to find the books that they want to read. That is what it is all about, isn't it? In the picture below you can see all the books with the little green dots with a number on it. I plan to forge ahead and maybe by the end of next week, I will be somewhere among the Gs. It doesn't really matter, though, as long as I keep at it. 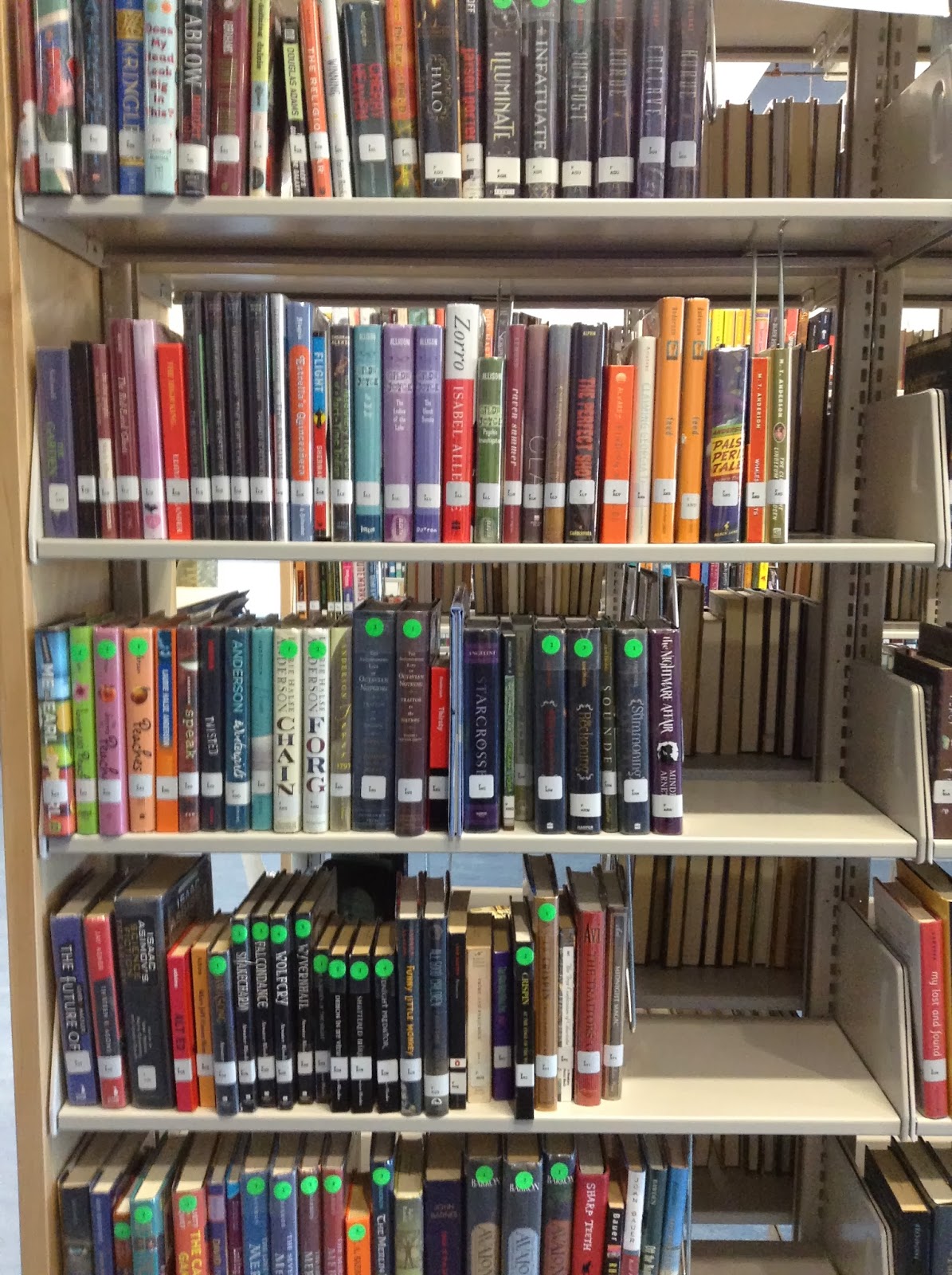