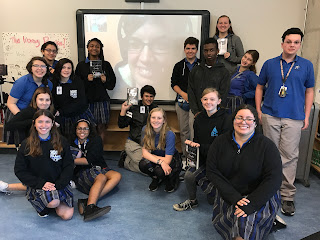 At the beginning of the school year, I planned a skype session for each of the three book groups that I run. On Monday, the high school book group had their chance to talk to an author. Marieke Nijkamp is Dutch and her first published book This is Where it Ends is all American. It is written from the point of view of several characters who experience 54 minutes of school when a student pulls a gun out during a school assembly and proceeds to kill and wound many. 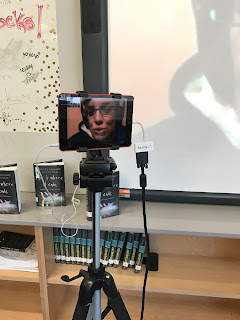 This skype session like all the ones that I do began with Nijkamp talking for 15 minutes about how she came to write this book (she was visiting the US during the Sandy Hook Elementary shooting), all the research that she did (she talked to American friends who experienced a shooting at their school), and how much she has grown to love the characters in the book (she knew ahead of time which characters would live and which would die). Then I left 15 minutes open to questions from the students. I don't ask the students to tell me their questions ahead of time because I know those questions can change depending on what the author says at the onset. My students are deep thinkers, and I totally trust them to ask appropriate questions. Each student walks up to the camera so the author can see who is talking. If the student has additional questions or comments while they are standing, I let them continue to speak. 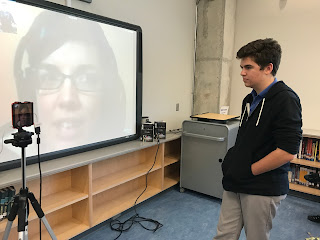 I was a bit concerned when the skype started that the students would not be engaged. I was only able to convince a handful of students to read the book ahead of time because many of the members of Bookmarked prefer fantasy and sci fi over realistic fiction. I really had nothing to worry about though because they were thoroughly engaged and mesmerized by Nijkamp. She is also a fan of fantasy so they had that in common. When it was time to ask questions, it did not matter if the student had read the book. The author gave enough information that made all of them curious to know more about her writing process. 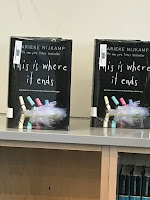 What did the students ask? One asked about how she selected the characters' names. She said that she spent hours on baby name websites to figure out who would be named what. That made them giggle, but they could totally relate. She was also asked why she put LGBTQ characters in the book. Nijkamp explained that diversity was important for her to include in the story. She said that all of her books will contain LGBTQ characters. I asked her how being Dutch and writing an American story jived with the advice of many to write what you know. She agreed that she had to do a lot of research about American schools before she could write this book, but the emotions that her characters felt were universal. The idea that one's life could change in an instant through tragedy or a natural disaster could happen anywhere in the world. 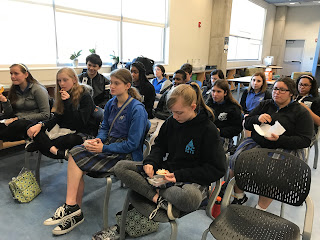 After she learned about Sandy Hook Elementary, she became obsessed with writing about a shooting. She read a lot of young adult literature with school shootings but did not find one that told the story at the time of the incident. That is how her book was born. The students told me that the skype session was great because they could identify with Nijkamp, and they loved her accent. 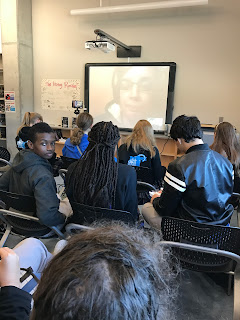 Thanks to Source books for helping to make this event happen. Find more on the library website here. 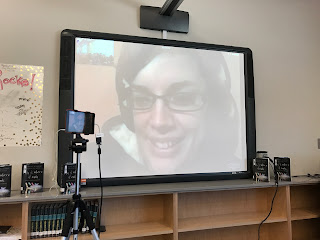