Mock Bob Battles: Round 1 and 2 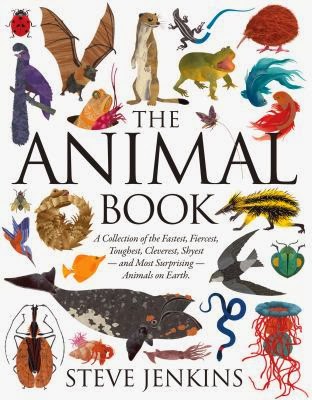 Today was our kick off for the Battle of the Books--what we are calling Mock BOB. Students were invited to bring their lunch to the commons area to hear their classmates talk about the books that they chose to defend. We are following the brackets set up by School Library Journal and want to see if our choices match their author judges. We kicked it off with Julie Berry's All the Truth That's in Me and Steve Jenkins The Animal Book. When the high school students voted, we ended in a tie between both books. The middle schoolers were able to break that tie. With the fiction book by Berry coming out on top. Though both Alexandra and George who read Jenkins' book loved it and explained how engaging it was, it was Hannah and Jasmine who fought hard as they were both big fans of the thriller. The author judge for SLJ's BOB was Vaunda Nelson. The students did not agree with her choice, but you can read what she said about both books here.

The second battle of the day was between Gene Yang's manga set called Boxers and Saints and Jaclyn Moriarity's A Corner of White. This was another unusual pair up because Yang's work is an historical fiction told in two books from two different points of view in a graphic novel style and Moriarity's work is a fantasy set in a world much like ours. Patrick, William, and Andreas who read the graphic novels fought hard and truly were engaged in those books, but the girls won out with their description of the fantasy with characters that you can relate to in the real world. Tomorrow, the Battle Commander will post Round 2's author choice, and we will find out which book is the top read in that SLJ battle.

Addendum: (Yuyi Morales made her decision, and her choice was Yang's works. You can read about why she made this choice here.)

In the picture below, you can see the sign I created with the brackets for the PFTSTA Mock BOB. I wanted it to be eye-catching so that teachers and students would follow along. 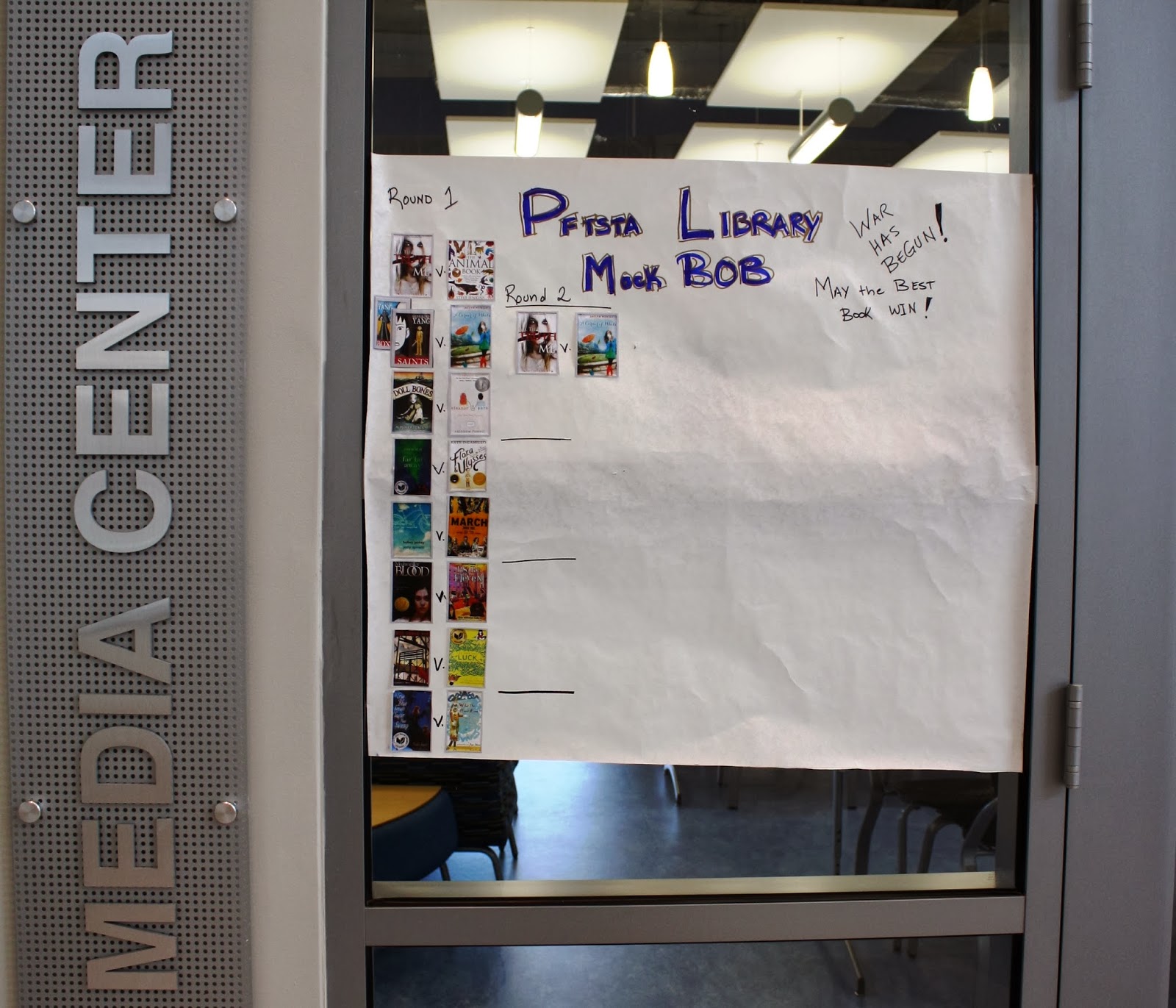