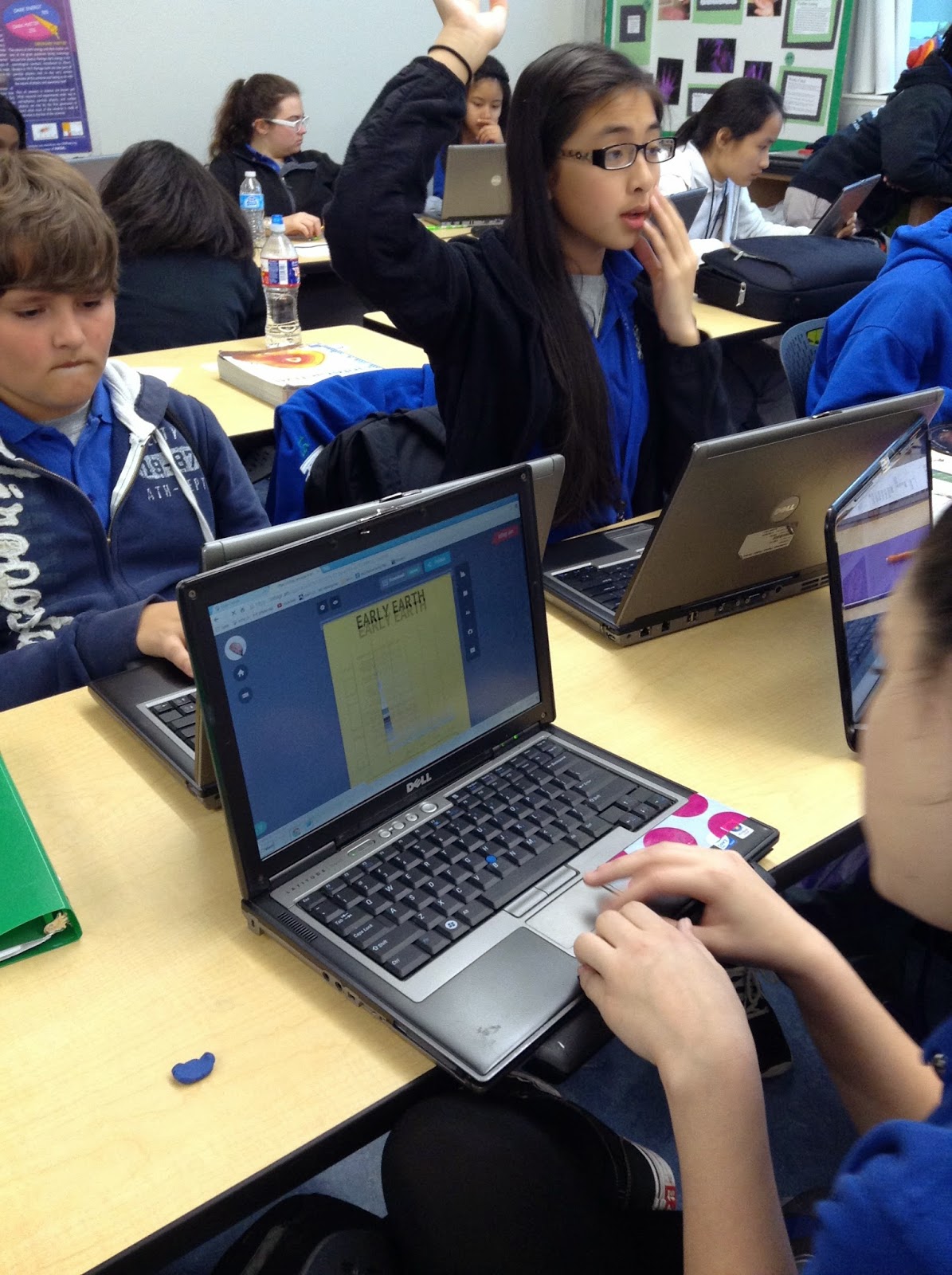 I have been talking lately about the different types of collaboration that I do with my teachers. This collaboration can be formal, informal, planned or done at the last minute. I like that each day is different for me and that I can be in a science class one day and a social studies class the next. Last week a science teacher visited me during her off period which was at the beginning of the day. She wanted her 8th grade Earth science students to depict geologic time periods in an infographic. Almost all the students would  be using Infogr.am, which I have talked about before here. They were working in groups of four and had to include about 12 pictures of fossils and were also asked to create some sort of timeline to illustrate the geologic eras.

I promised the teacher that I would visit all of her classes and spend a portion of the period helping her students. This is the type of collaboration that I call the Second Person in the Room. I did not plan with her on the lesson nor did I help her design the lesson, but she felt that she needed some back up with the use of the technology tools. That is something that I can do with ease. Most of the students were familiar with Infogr.am as they had been introduced to it in sixth grade. I wasn't really needed for that. It was critical that the students list citations for information and pictures that they used. They would not be giving the teacher a works cited page but would list the citations on the infographic itself. Our school has purchased Encyclopedia Britannica Image Quest for students to find pictures for class projects. It is easy to get the citation for any picture that you use. If all the students used Image Quest, the infographics would start looking alike with the same exact pictures. I suggested that the students use Photos for Class. There are millions of searchable high quality photos there, and the best part is when you download a photo, Photos for Class automatically adds the attribution at the bottom of the photo. Way cool and way easy for the students. Most of the photos found there are from Flickr with a creative commons license. 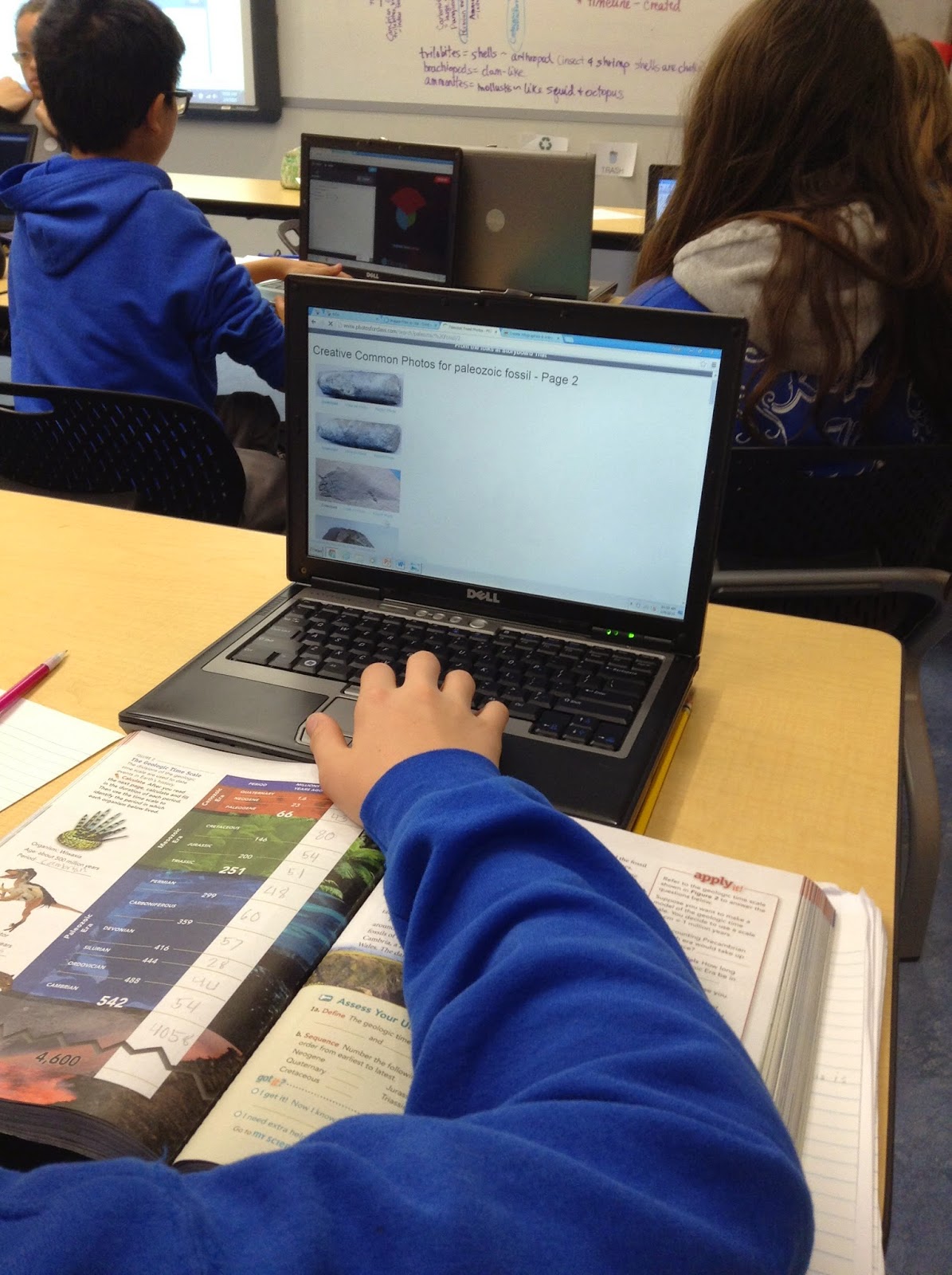 Creating a timeline easily was another issue. Infogram has a chart and graph feature, and some of the students created their timeline as a one bar graph adding the data for the timeline in the graph function within Infogram. Others were trying to use Dipity.com, but it was not designed to illustrate millions of years. Then I put an all call out on Google + to see if someone had found an online solution for creating a timeline depicting such large amounts of time. I got some answers but none of them were going to really work for inserting within the infographic. Suggested tools: Knight Lab, Meograph, Prezi, Read Write Think, and Tiki-toki,  The coolest site that someone shared was Chronozoom from UC Berkeley. It felt a little bit out of my league, but the idea of browsing through time rather than looking at it in small bits allows you to look at pre-history in a new way.

I think that the teacher was happy with the students' products, and I was glad to help. We still need to come up with a satisfactory solution for making an accurate timeline, but I imagine that will happen eventually.