I have several posts to make about a recent author visit and all of our activities for Teen TECH Week 15 (TTW15) . Those posts will get written, but I really want to get the explanation of the activity that we did on Thursday for TTW15 posted first. This is the story of how it all started.

Members of the National Honor Society (NHS) were going to help with the Key Club's family night. I am the faculty adviser for NHS, and the students and I were going to create a photo scavenger hunt using phones or another device with a camera. Initially, this group was going to run a game where players would be given a list of photos to take at the event. Once all the photos were taken, the players would come back and get a prize. In the end, it turned out that the Key Club was going to plan all the games and activities, and the members of NHS would help run those games. That was the end of the phone scavenger hunt for NHS. 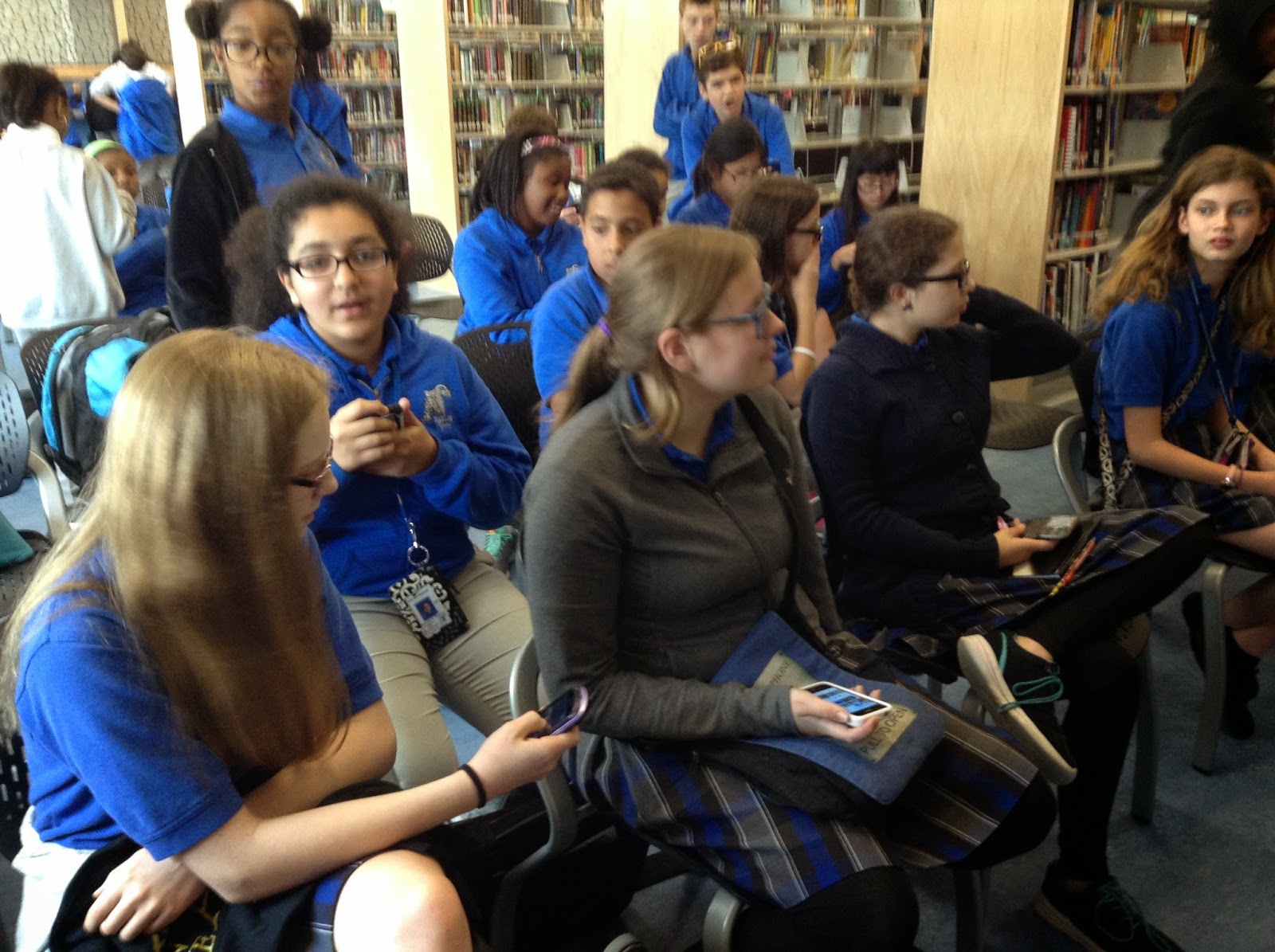 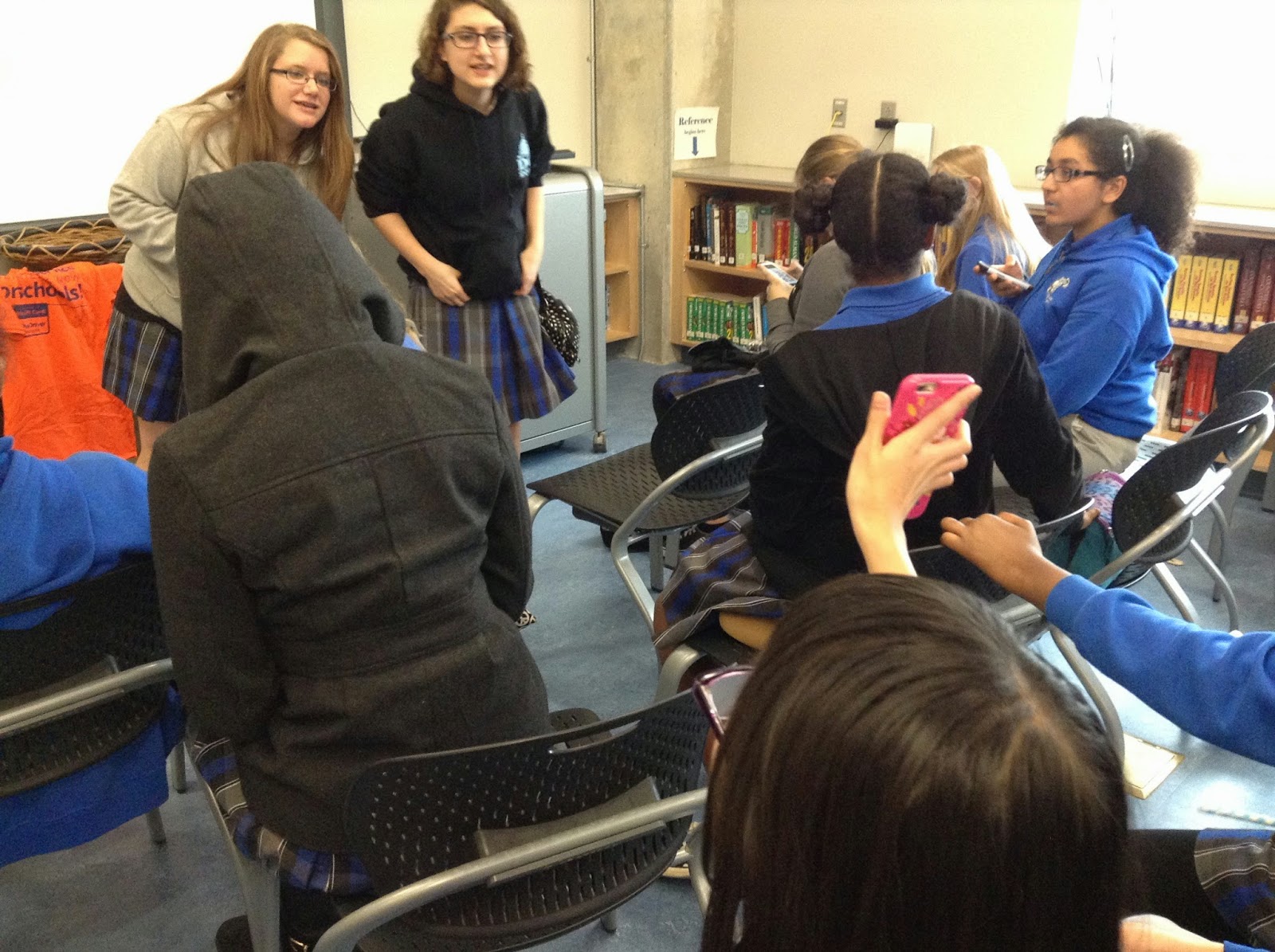 When I was planning for TTW, I pulled out the idea of the phone scavenger hunt. The high school book group usually helps me devise the rules of our games, but I thought that they were trying to make it too complicated. I came up with a set of rules for the game where the players could come and go. We celebrate TTW during lunch, so the participants don't arrive at the same time. I also wanted the game to work with a small group or a large group of players. 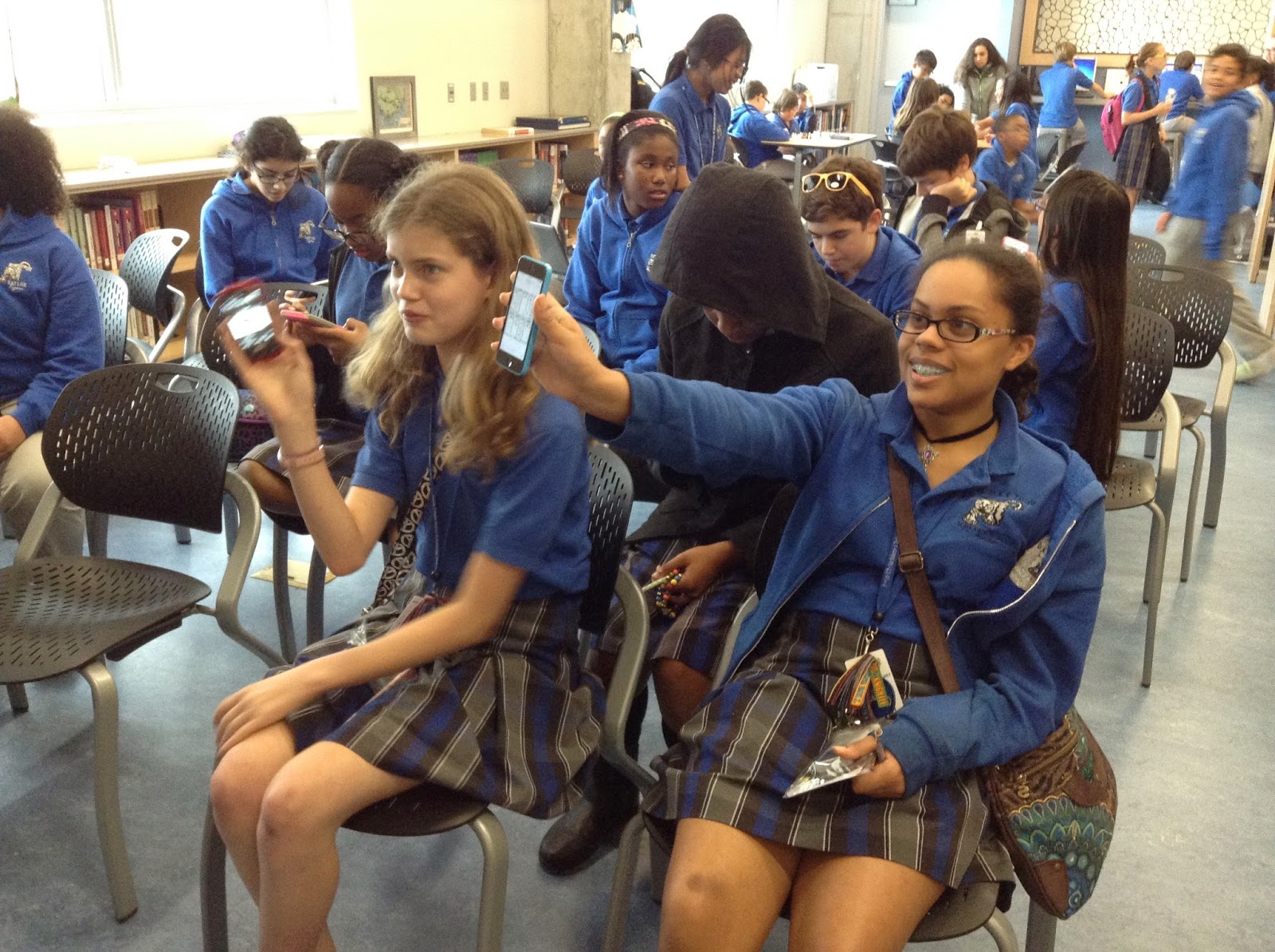 How to play the game:

Step 1: Collect Prizes
I save up swag from conferences, ARCs, and items purchased from the dollar store. I probably had about 30 to 40 items as prizes.

Step 2: Create a list of the types of photos that the players will need to find on their phone or device. You will see my list of 50 types below. Feel free to use. The students were allowed to bring in any device where they had saved photos. I am not sure how far down the list that the game moderators reached because I had to move around the library that day to oversee the students not playing the game. The students played for about 30 minutes, and everyone walked away with a prize.

Step 3: The game moderator will read one type of picture at time. The players must find that picture and hold up their phone to show the moderator. It is at the moderator's discretion to decide who was the first to show that type of picture. Once a winner for that round was determined, the student could select a prize. So if the players are asked to show a picture of themselves with someone younger, the first one who can find that picture, holds it up, and the moderator checks the picture to see if it fits the category.


Very simple, but I had two high school students running the game with about 25 middle school players. I had to intervene several times to remind the players to stay in their seats until the moderators picked the winner. I also had to make sure the moderators only asked for one type of picture at a time and waited until someone found that picture before moving to the next one. It got a little chaotic and definitely needed adult supervision, but everyone playing seemed to have a great time.