Student from PFTSTA Will Moderate the Dark Days Tour 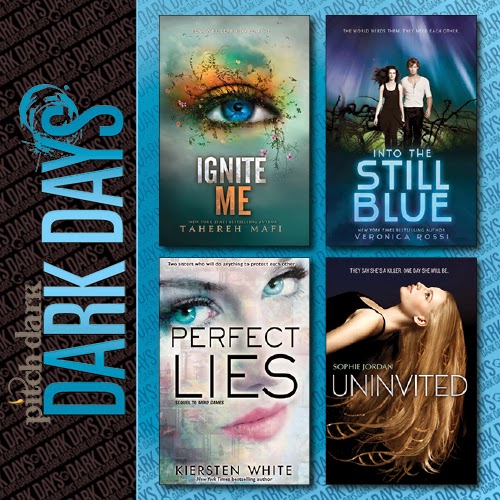 I learned a couple of months ago that a group of young adult authors was going to be on tour together and that New Orleans and Octavia Books was one of only four stops on the tour.The authors are Veronica Rossi, Tahereh Mafi, Sophie Jordan, Kiersten White and Claudia Gray. I was hoping that at least one of them would be making a school visit then. Sadly, that was not going to happen. However, one of the owners of Octavia Books, Judith Lafitte, and I cooked up something that I think is going to be equally as exhilirating. Judith was asked to be the moderated for the group, but that is not a role that she enjoys. Together, we thought it might be exciting to have one of my students lead the discussion. Paris Evans, who is the head of the high school library book group, was thrilled when I broached her with the idea. She has taken home copies of the authors' books and plans to read as much as she can before the event on February 21st. I have offered to take her and some of her friends to dinner before the event. We are turning this into a very special outing. If you live anywhere near New Orleans, think about joining us in three weeks at Octavia Books to meet these authors and see Paris in action. Of course, I will blog lots about it afterwards. So stay tuned on this blog to view lots of pics of this action-packed event. Maybe not so much action, it is just a panel discussion, but I think it is going to be loads of fun.